You can see some of my work this month at
The Cool School, Los Angeles. Feel free to stop by. 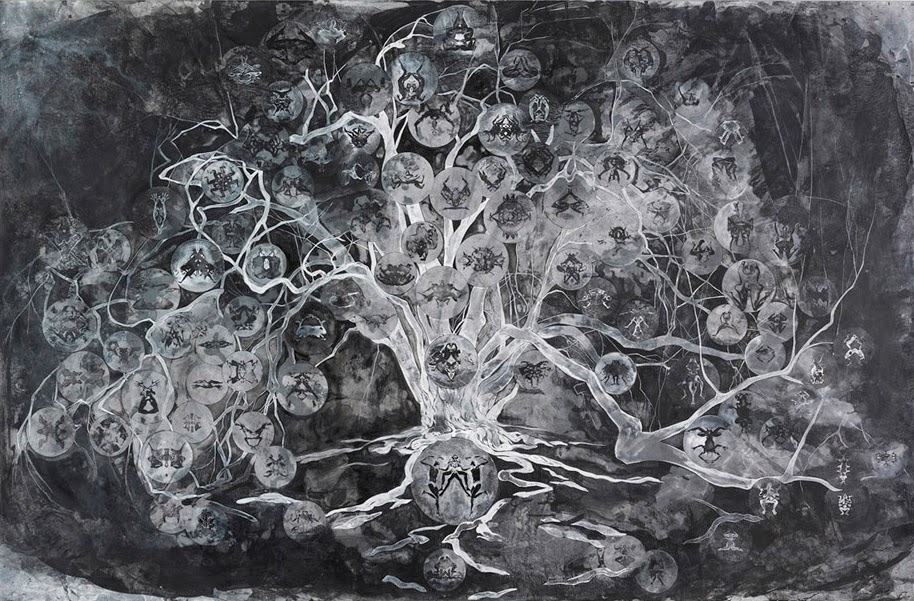 Posted by Rachael Pease at 5:40 PM No comments:

Life Magnified: A glimpse of what lies just beneath one’s skin.

In the mid to late 1800’s, there was a revolution in medicine due to Louis Pastuer’s germ theory of disease. The scientific community recognized that organisms that weren’t visible to the human eye could infect and decimate entire populations, including man. During this time, Charles Darwin’s Origins of Species (1859) was also published. His theory of evolution pulled the rug out from underneath the traditional idea that nature had directed goals and species were immutable.  Man’s world was not so orderly or well understood anymore.
The fantastic French artist, Odilon Redon, was deeply influenced by these scientific discoveries.  He had a deep interest in the relationship of science to society, which included the powerlessness of man before these invisible forces of nature.

Almost a hundred and fifty years later, our understanding of germs has greatly advanced.  Not only are there more microscopy techniques out there for biomedical researchers to use, but they have unearthed a plethora of forms, systems and structures that were previously unknown.  These recent discoveries and other microscopic forms are highlighted in an exhibition, Life Magnified, up at Dulles International Airport this summer.    The 40+ photographs let us get lost in a labyrinth of forms that create intricate and psychedelic little worlds.
The biomedical researchers who created these images hope to bring an awareness to their important work in the sciences.
Posted by Rachael Pease at 1:29 PM No comments:

Rachael Pease
Me, Age 8, Champion of pig wrestling contest. This is how you wrangle a pig, wheelbarrow style. I'm sure this info will come in handy to all of you one day. Well what can I say, I grew up in Indiana, studied science, became an artist, moved to New York and now find myself in Los Angeles. The pig has changed and I'm still chasing after it. I'm starting this blog for a bit of fun but also to talk about a few things I feel passionate about-- art and nature. So welcome, enjoy.